Nationalism is the Body; Patriotism is the Mind; Economy is the Blood of a Nation!

How to build this Nation and How to make it Better? What ought to be done and How it should be done?

Understand the basics and participate in the glorious journey of the Nation building. 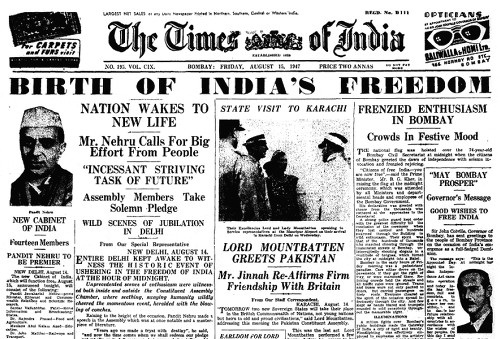 The Independence India Act was passed in British Parliament on 18 July 1947 and was decided that the Nation will get its freedom on 15th Aug. 22nd July, India accepted the design of National Flag. National Anthem and National Song were adopted on 24th Jan 1950. The National Amblum and the Constitution was adopted on 26th Jan 1950.

Gone are the days when Nationalism pertained only to the political extent of the country. The Geography, the Culture, the Environment, Festivals, Literature, Languages, Purchasing Power of Citizens; all are the subject matter of Nationalism.

Nationalism is a holistic term that incorporates all and everything about the “Wellbeing of the Inhabitants in all ways“.

In this regard, we have identified three basic principles those influence Wellbeing:

The Constitution is the most important document for a Citizen. Our complete life is ruled according to this text, so much so, that the Constitution becomes our Identity. As Citizens, it becomes imperative for us to read and understand the constitution in whole, and to live it. The Parliament nurtures this Constitution and the Law of the country thereby. Lets make this the agenda of our elections. Discuss this text. Suggest the improvements, and changes in the text if required. The manifesto of political parties should reflect this awareness. Parliament is about making laws and amending Constitution. Lets become serious about this.

The polity is set. The system of governance is in position. Now what! Economic Development. This organisation keeps a watch on the economic indicators like, GDP (PPP), Per Capita Income, Human Development Index and also, tries to workout the possible Economic solutions to the problems faced by Nation. We endeavor to create a country with Higher “per capita income” with higher “purchasing power”, also, lower “GINI Coefficient”. Uniform equitable, economic growth for all, becomes the slogan for this organisation.

As we can see, in National Song, the beauty of the Mother Nature is eloquently emphasized here. Richly watered, richly fruited, cool winds, fertile land of India covered with dense crop of harvest; Moon at the night, trees and flowers. Bankim Chandra Chaterjee is talking about the environment of this country for the wellbeing of the citizens.

India with only 2.4% of world’s landmass, supports an astounding 8.1% of the world’s biodiversity, 17.5% of the humans, 18% of cattle population, 11% of world’s known floral diversity. In terms of species richness, the seventh largest nation in size – India, ranks seventh in mammals, ninth in birds and fifth in reptiles, seventh in amphibians. In terms of population, India ranks first in buffaloes, second in cattle and goat, third sheep, fourth in duck, fifth chicken, sixth in camel in the world.!

This is the greatness of this nation: Environment with Diversity and Cultures of different hue and color! Like colors of the festival Holi, this land is full of diverse flora, fauna, cultures, languages. Yes, we care for this Motherly Lap of Mother India.

India is my country.
All Indians are my brothers and sisters.
I love my country, and I am proud of its rich and varied heritage.
I shall always strive to be worthy of it.
I shall give my parents, teachers and all elders respect and treat everyone with courtesy.
To my country and my people, I pledge my devotion.
In their well being and prosperity alone lies my happiness.